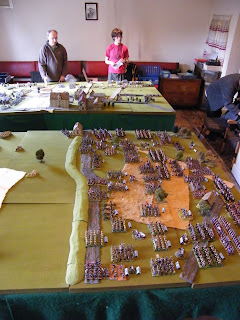 The Devizes & District Wargames Group (DDWG for short) held it's annual Napoleonic weekend game over the 15-16 May 2010. The game for this year is as per the title - Essling using Dave Brown's General de Brigade Rules, Big battalions!. The game covered the central part of the Aspern-Essling battlefield, Essling Village and beyond towards Gross Enzersdorf. Two tables were used each being 10' x 6' giving us a playing area of 12' x 10', into this space we crammed over 2500 Infantry figures, 500 Cavalry figures and 66 Guns with crews, all in 25/28mm. 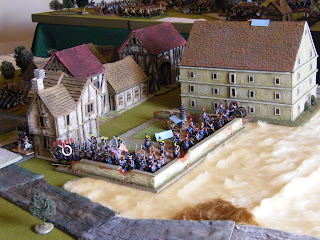 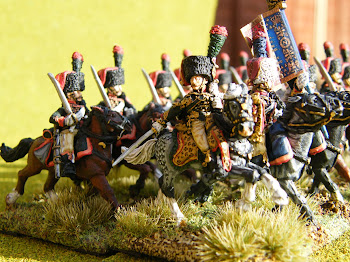